Oh, how dating has changed…

But you know what? It’s a game worth playing because the prize is worth it.

So, what happens when you’ve played this so-called ‘dating game’ for some time but feel like you’re nowhere near the finish line? It feels like there’s just one level that you’re always dying at and the game throws you back the last saved spot.

Have you ever thought that… maybe it’s not the game, but it’s the player?

Here’s my observation with this dating game and why I think it’s typically the player rather than the game.

*Disclaimer: by no means is this post meant to insult or disrespect anyone single! These are just my opinions and observations on why some girls (and guys) are unsuccessful in dating. This is not to say that every girl needs a man in her life – if you choose to be single, you do you (although, why you’re here is a bit odd). And yes, you’re correct… I don’t have a PhD in modern dating. 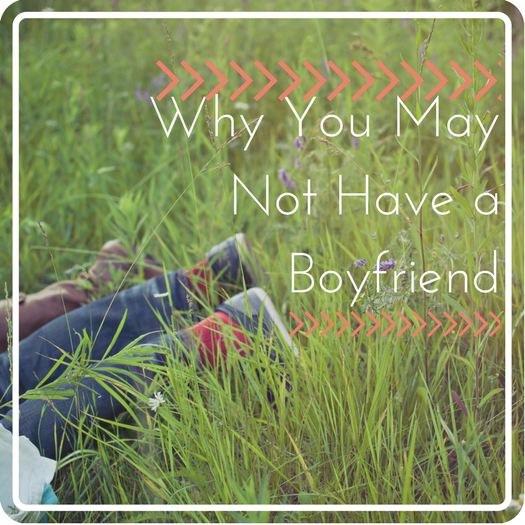 You go after a specific type of guy. Girls like to have the mentality that they can change a man (read boy), so they go after anyone…. and I mean, anyone that catches their attention. “Bad boys”? – Yup, I can change them! Friends with benefits? – Yup, I can turn him into my boyfriend! Just friends – I can get out of the friendzone. Stop! You shouldn’t have to change someone in order to be with them! When they’re ready to date, they’re ready. Don’t go around trying to change a guy into a boyfriend material or delusion yourself that they’re interested in a relationship with you.

Also, stop going after immature boys. A man would tell you straight up how he feels about you and what he wants from you. Boys will beat around a bush, and make excuses.

You reap what you sow. You can’t expect to get a boyfriend when you’re still out there seeking casual sex from every attractive guy. I mean, it’s not to say that a friends with benefit can’t transition into a boyfriend (I’ve seen this happen before!), but generally speaking, it’s not going to happen. I believe that the more you do something (in this case, casual sex), the more people will associate you as just someone to have sex with. Not to date, but just to have sex.

You lack interests. If we met and I asked you what do you do for fun or what are some of your interests and you reply with a shrug and say, “I dunno”… I’m going to roll my eyes. If you’re 20-something years old and you still can’t properly define your interests, how are you going to find a guy that holds similar interests? You know how boring that makes you look? Guys love to see the sparkle in a girl’s eye when she rambles on about her interests.

Go out there and find some hobbies and interests! But, whatever you do, don’t make them up. Find yourself having the same interests as the ten billion other people out there? Elaborate on why you’re interested. Set yourself apart because if you say hiking, beer, and travelling … well, what sets you apart from the other potential dates?

Your standards are too high. I’m not saying that you shouldn’t have any standards when finding a partner but… maybe you’re asking too much? Yes, there is a guy that’s tall, dark, handsome, funny, kind, with a good education and nice paying job, and gets along well with your family and friends, and surprises you with gifts, and is exactly 6 years older than you… but chances are, it’ll probably take years to find someone that matches ALL your standards. I mean, hey, feel free to wait, it’s not my call to say don’t. But… be realistic with your standards.

It’s not to say go date someone without a career just because he’s handsome and kind. Find what suits you and learn to accept that everyone is flawed. If he crosses off the majority of the things you look for in a partner but has one or two things that you’re not keen on, learn to live and love those flaws. Don’t brush someone off just because they didn’t tick ALL your boxes.

Guys judge on appearance. Let’s be real – physical attraction is what gets us talking to people. Majority of the guys I’m friends with, past and present, all had one thing they like about their significant other, or their crush(es) – casual and simple. They love the simple jeans and tee look, or the hair down, settle make up look. When they see that, they see someone that’s lowkey, casual, and relaxing to be with. They also appreciate it when girls put effort into their appearance, but if you’re always dressed up with heels and heavy make up, and carrying only designer bags – guys are probably going to think you’re high maintenance.

If it’s the weekends or after work, ditch the high heels and your $600 dress, and change into a $60 sneakers and a $10 tee. Wipe off that excessive make up and put on some blush and mascara – that’s it. Don’t be dressing in rags and not giving a damn, but just play with your wardrobe a bit and realize that less is more.

You’re desperate. This may sound harsh but there are girls out there that are simply desperate to be in a relationship, and you know what? It shows… and it’s a turn off for a lot of people. Desperation is never a good accessory to wear.

You’re insecure. Similar to desperation, insecurity shows through. There’s nothing worse than seeing someone that doesn’t love themselves. I don’t mean it in a superficial way – I mean it as, you don’t love yourself enough to feel confident about your body and personality; you don’t love yourself enough to respect your space and feel independent. You get overly jealous over little things.

It’s cliche but learn to love yourself before you love someone else. Insecurities in relationships are unhealthy.

Your name mind as well be Negative Nancy. Nobody enjoys being around negative energy, so shut up. It’s okay to moan and complain about things here and there, but to do it constantly to the point where everyone just thinks you’re bitter and angry at the world is another. Be happy. Change your perspective on things and stop complaining so much.

And, sometimes… it’s just your personality. Here’s the thing – you can have interests, looks, and all that but bottom line, your personality could suck. That’s the reality. But, you can change your personality. It’s not a set permanent thing. Maybe you’re waaaaay too obnoxious? Borderline rude and not sassy? Personality plays a huuuuuge factor in attracting the opposite sex and if your personality is shite… well, the game just got harder.

Still with me? I don’t blame you if you mentally just cursed at me right now.

Dating is fun but I think a lot of girls (and even the guys I know) tend to blame the game rather than themselves. Don’t get me wrong – things like Tinder, open relationships, careers, travelling, etc. are all valid reasons that can prevent or make it harder to win this dating game but it’s not near impossible to find someone to date in this modern age.

I don’t hate the dating game – I’ve had my fair shares of being rejected, but I truly believe it’s how we portray ourselves out there that determines whether we have a chance at winning the game or not.

But, hey… like I said earlier – this is just my opinions and every game is different! Best of luck!

4 thoughts on “Why You May Not Have a Boyfriend”