Last month (I know, this is so overdue, lol), Dan and I finally decided to get off our lazy butts and do a small hike up in Lynn Canyon. The only reason why I even suggested Lynn Canyon was because it’s been years since I’ve been back and I sort of wanted to do a suspension bridge but didn’t want to pay like $40 for the one in Capilano.

Getting to Lynn Canyon without a car is painful! The first time I was up there, my friend had a car but since Dan and I rely on car-share, we decided to take public transit instead because car-share doesn’t go up with North Vancouver and it wasn’t worth it to pay for it hourly as we hiked. 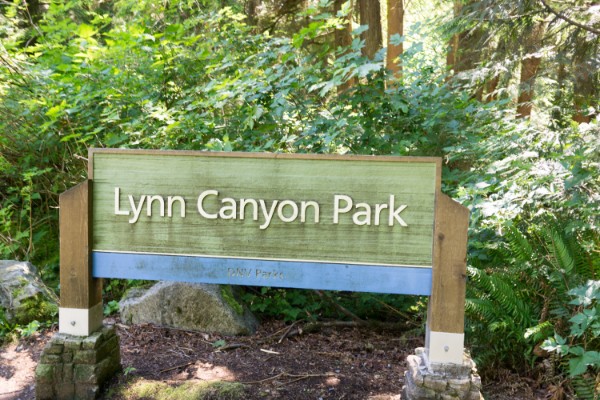 We went early-ish in the morning to avoid the crowds and the hot sun. I couldn’t recall what time but I’m thinking 10am to 11am-ish? The only crowd we experience was this family of tourists but aside from that, the park was nearly empty and the bridge wasn’t too crowded! 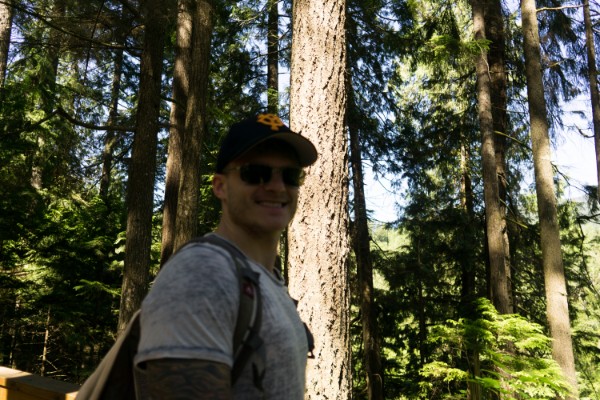 A little into our hike, we found a beautiful river stream!

(We later found a decent little lake where people were actually taking a swim). 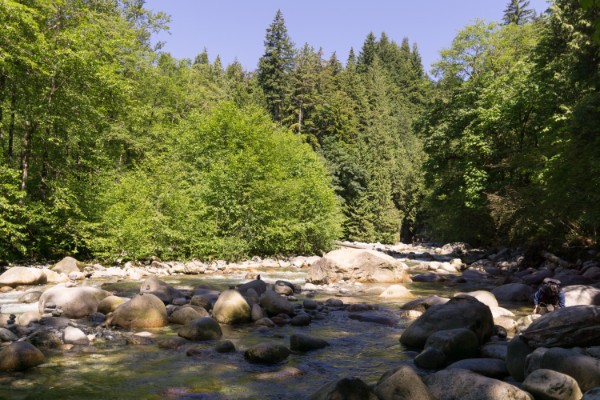 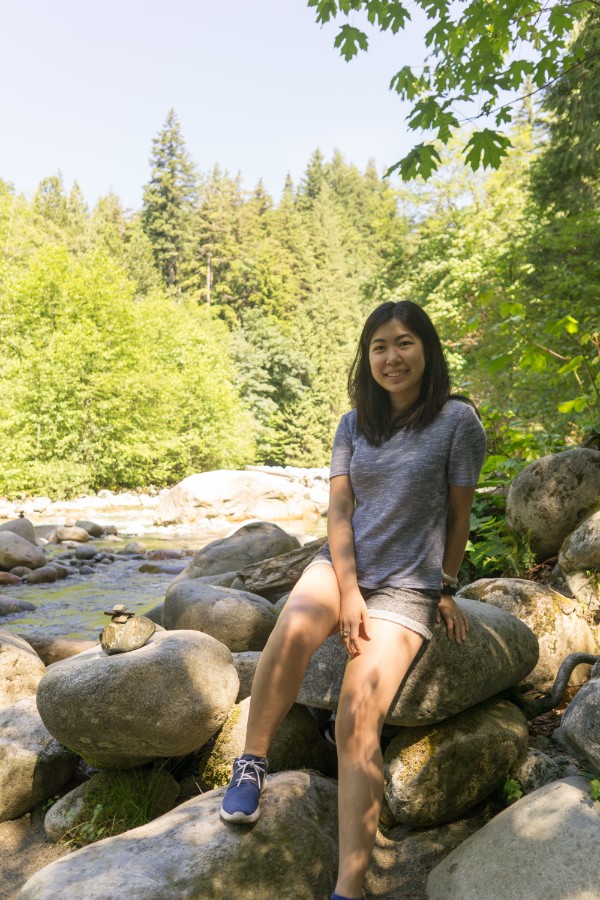 And of course, we had to take a selfie at the bridge! I don’t know about you but I get nervous around things like this when I’m holding something valuable. Like, it’s less about the height and more about someone bumping into me and making me drop my phone into the stream below, lol.

After our hike, we decided to splurge and have a lunch out. We were nearby the area of Anton’s so we settled for having pasta for lunch, which was fitting since I was starving. Anton’s is one of those places famously known for huge portions – they even reward you if you manage to finish your dish in one sitting. Dan has a big appetite and he typically leaves the restaurant with leftovers.

Plus, for only $15 for a plate bigger than my face… it makes a good meal or two for me!

Later in the evening, after filled with pasta and some relaxation, we headed out to catch Kevin Hart’s Irresponsible tour. This was my second time catching Kevin Hart and Dan’s first. I remember the first time I caught him live, he was performing at The Orpheum where the stage was more than half the size at Rogers Arena. Like, The Orpheum is where the Vancouver orchestra performs and Rogers Arena is where our hockey is played… so you can see how he’s grown drastically.

Kevin Hart’s tour had a really strict cell phone usage policy. The moment you sit down at your seats, you’re not allowed to use your cellphone – not even to check the time! During the time we waited for the open acts and Kevin to come out, Dan and I were watching other people use their cellphones and security coming over to them. Much to my dismay, no one actually got pulled away and kicked out of the arena… although one girl got taken out but she came back momentarily.

The security was so adamant about this no cellphone policy that one security guy came up and asked if my watch was a Fitbit and if it recorded videos… like, seriously? For those who aren’t aware of Fitbits, the interface remains turned off but sometimes when you flick your wrist or something (eg. to read what time it is), the screen lights up. I guess when I was applauding one of the opening acts, the act of clapping turned my display on momentarily.

Kevin didn’t come on until an hour or two later – I think he had about three opening acts? But, when he did come on, he was AMAZING! Kevin Hart is one of my favourite comedians so I got extremely excited to see him live. He was full of energy, his jokes and stories cracked me right up – my cheeks were hurting so much from smiling! My favourite one was his story about hiding guns around the house, LOL and his Tokyo one – only because Dan and I returned from Japan a few months ago and somewhat understood what he was going through. 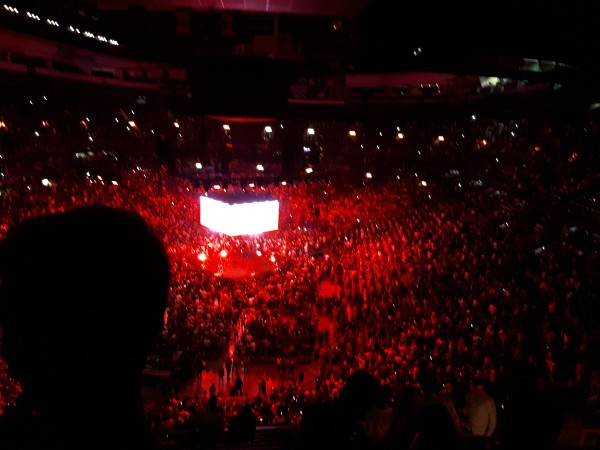 The only time we were given permission to use our phones was at the end of the show.

All in all, it was such a great date day! We had ourselves a neat little hike with a small suspension bridge, followed by a soak in the sun and catching the Kevin Hart show!

Bonjour! I'm Claire, a 20-something years old Canadian blogger from Vancouver, BC. I love sushi, iced coffee, The Sims, reading, digital scrapbooking and travelling. View all posts by Claire @ Coffee with Claire